Inter tidal flat is located at the boundary between land and coastal sea, where various organisms inhabit and biological productivity is very high. Tidal flat strongly decomposes organic substances brought from river and coastal waters. We aim to quantitatively evaluate the role of intertidal zone such as biological productivity and material circulation processes in coastal environments.

We found a diatom which has extremely high growth speed. The diatom (Chaetoceros sp.) grow more than 1000 times in one day under high water temperature and high light intensity. We are searching for use in various fields such as important primary producer in the field, food for the fishery organisms, application for energy supply and importance for gene resource.

3. Elucidation of cause for the drastical decrease in bivalves

Manila clam is a very important species as a fishery organisms in our country, but now the resource tends to decrease, especially in western Japan. We are continuing to monitor the clams in the Seto Inland Sea concerning to planktonic larvae, junenile and adult shellfish.

the small diatom Chaetoceros salsugineum isolated from an estuary in the eastern Seto Inland Sea, Japan.

clam. Bulletin on Coastal Oceanography 48: 109-116. (in Japanese with English abstract)

phosphorus in Shinkawa-Kasugagawa River Estuary in the western part of Japan. Bulletin on Coastal Oceanography 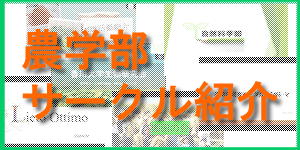